For years I have envied
Your grace and your charm
Everyone loves you, you know
Yes, I know, I know, I know
But I must admit it
Big guy, you always come through
I wouldn’t have nothing
If I didn’t have you

So I’m running around in this cute dress from storybook…I was out and about and it’s always nice to have something on that covers your bits and such (not always the case with me) when Darth asked me to come pose with him and to please have clothing on (not always the case with him).  He was standing on a bridge that overlooked a lovely cove with a sailboat and waterfalls on his sim, Lennon Park.  I have been to his sim millions of times and has never noticed this little gem of a spot.  Jarath took a far shot and put it on his Flick’r…check it out!  I’m directed to get on the pink pose ball, which of course was not right.  Hop off, hop on, hop off, hop on… if you’ve ever taken a couples, friends or group pose…you fully understand.   Mr. Anal Retentive was finally happy with the pose and started shooting.  40,000 shots later he’s done.  I took 2….and the second was just to say that it wasn’t a one shot pic…that makes him craaaaaazy.  The next morning Jarath texts me to ask if I’d seen the post Darth did, and if not to get some tissue…so even though I’m at work…I pull up the post….and get all freaking mushy.  Here’s his post, The Pier, if you haven’t seen it.

We met by happenstance when Darth was a wee babe of 6 weeks…October of 2011…I was a know it all at the ripened old age of 3 (I’m 6 now, so really…I was a teenager then, so the description is valid) and was surprised at what he had accomplished in such a short time.  He had just bought the land next to Mae’s and set up housekeeping.  I cammed over…he was standing on his dock … Mae explained that he was at work and left his avie inworld.  The snooping was on like Donkey Kong at that point…rooms and furniture were inspected…mmhmm…all adult version furniture…he had been getting busy…and his profile was examined.  We then proceeded to crash his dock furniture and get comfortable.  I sent him an im telling him such and was shocked when he immediately answered and asked who I was.  “Duh, I’m the hot blonde” was my response.  He said he was on a program on his phone at work and couldn’t see…just im, so I snapped a pic and sent it to him for later.  (I have the pic at the bottom of this post, along with some others we have taken over the last 3 1/2 years)  That was the beginning of an epic, tumultuous, near perfect relationship that has spanned time and trial.  We have laughed together till we hurt, cried together through the hurt, consoled one another through tragedy and heartbreak, and held each others hand through illness.  When he was in recovery a while back after having a kidney removed his son called to tell me he was okay.  I told Bo to tell his dad that I loved him like a fat kid loves cake….and that still holds.  We dance, fight, gossip, sit around, shop, cheer each other on, offer advice and sometimes even take it.  We have visited each other in RL and have vacationed together in Disneyworld with Jarath and Darth’s ex, Dee.  We have grown into the kind of friendship that will outlast the odds and obstacles…like Mike Wazowski and Sully ❤ 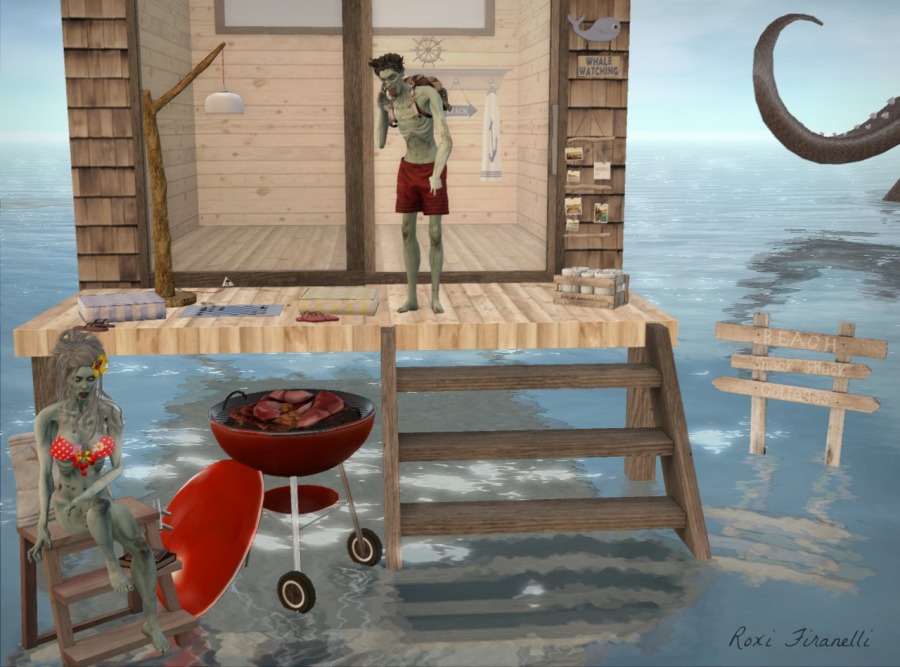 3 thoughts on “The Friendship”