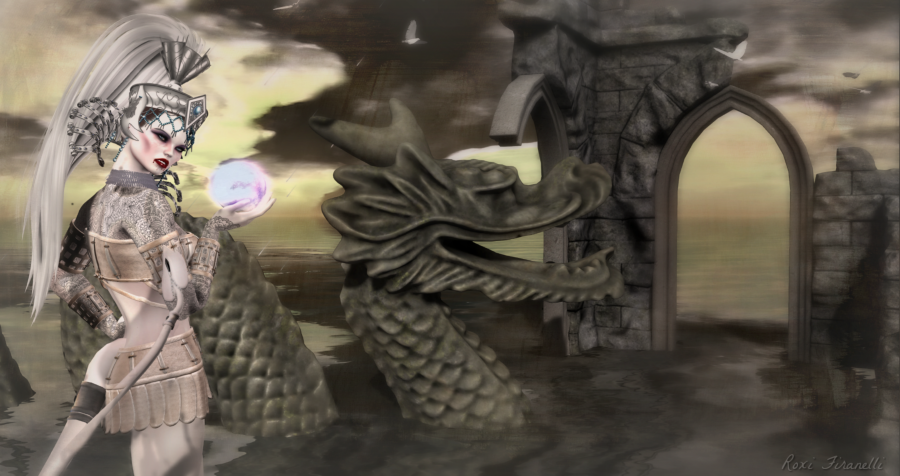 “Charmed, I’m sure” She said, with both sarcasm and blood dripping from her mouth.

So I finally got around to downloading both the SL Bento viewer AND the Firestorm beta viewer (which just got updated to a release candidate viewer yesterday, you have to be in the Phoenix-Firestorm Preview Group to be able to download these…and feedback is expected!) to see what’s what.  Mhmmm, so instead of getting stuff done, I’ve been making silly faces, trying on demo’s and oooooing and ahhhing at all the new movement.  Then you forget you’re on the Bento viewer and you go out in public and realize that to many other people you just have some floating eyeballs in a blank space that should be your face/head.  It is just no fun being pretty when it can’t be appreciated!  Personally, I can’t wait till bento is common…this going back and forth between viewers is a pain.  All the recent (last 7 or 8 ish?, male and female)  heads from Akeruka have both the regular mesh head AND the bento mesh head version in the box, so I’ve been wearing the couple that I have from there to play around with.  It is super fun to play with…this bento tail from aii…holy crap it does some adorable things!  Anyway, the downside right now is that if you are rocking your bento head, animations, hands, etc., anyone who isn’t on a bento viewer won’t see your head, hands, tail, wings, animations….whatever.  Remember when mesh was first a thing back in the day?  Like that.  But soon enough I’d wager that we’re all going to be on bento viewers….taking the new bones for granted….wiggling our fingers around and making cute faces.  Everybody’ll be on the bento train…just like mesh!(*cough*cough)

Anyway, here I am with my Eretica vampire(ess?) bento head from AK, out now at Winter Solstice and my super cute bento devil(ess?) tail from aii….which is over at We Love Role-Play.   Eretica has a fabulous HUD with choices, choices, and yet more choices.  There are more…errr….vampirish looks in terms of skin tone, blood splatters, vampire teeth…etc. on the HUD … but I was going for a more demonish look so I kept the tone down… and it’s good to know that you can shake it up a bit anyway ❤

The Winter Solstice in the Mystic Realms will be open till Dec. 19th and there are just sooo many amazing creations to be had.  Have a look at the map to get your bearings:

And be aware…to create as lag-free an experience as possible for everyone there is a complexity limit of 75,000. Here’s how to lower your ARC:

So go invisible….just easier…and have a great shopping experience! ❤

Also open (till the end of the month) with many, many wintery must haves is We Love Role-Play…. always the place to go for fantastical fun finds…like my new bento tail! ❤