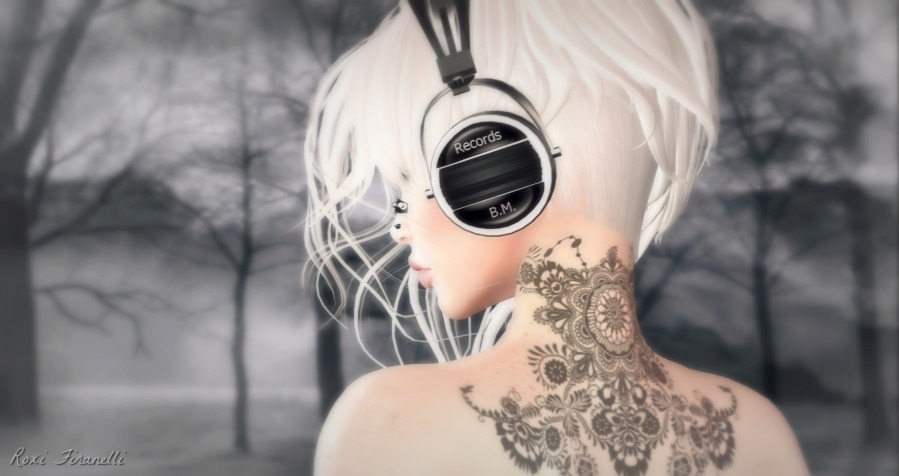 Designers I have consistently loved since day 1 of discovering them:
Bauhaus Movement.   I fell in love with the fluid poses years ago…LouLou sealed the deal when she started making romantically edgy accessories.  I’d help her hide dead bodies now ❤
White-Widow tattoos.  I never thought of myself as a tattoo person.  I have none in rl (this could be in part to my abhorrence (ie.. paralyzing fear) of needles), however …. the 1st time I saw Midnight in Paris….I fell hard and haven’t looked back since ❤

Shi.  I saw the Blown hair…what…almost 3 years ago on someone in a nightclub and thought holy shit …that is sooo not neat and normal hair and I had to have it.  It’s still my go-to for looking kick ass…until maybe this one ❤