Black Bantam had brought on the cuteness again with a new puppy and little girl.  Lily is available at Kustom9 till July 10th for only 50L per pull. She is absolutely adorable and totally holdable (and just like any other 3 yr. old, she keeps asking to go get ice cream).  The super cute westie comes in different shades of black, also wants some of that ice cream and is also holdable.  I just chose to rezz them out for the picture … check out the adverts below for the gacha keys ❤

OMEN still had their gacha out on a nice secluded island with the Dog Park Day collection.  Whereas the dogs in the collection are amazing, Mr. Moo is to sweet to ignore…when not getting in a picture, he is plopped down next to the napping puppy you get for a roll reward (20 plays) ❤

Much thanks to Kevin Gander for sitting down and posing for me.  He started to change and got a little bent out of shape when I asked him not to cause that looked like a daddy shirt…it does, doesn’t it?!  Apparently that’s his go-to bad ass woman catcher shirt or some shit.  Other than that he was a trooper.  He is wearing the Akeruka Aron Bento mesh head, which is free for group members this week (it’s 150L to join the group, but so worth it).  I just popped over there and it’s still displayed as an anniversary gift ❤ 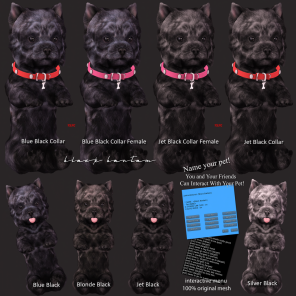 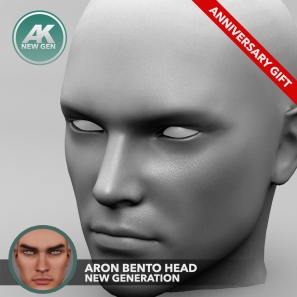 Follow On the Rox on WordPress.com
Join 806 other followers