Sometimes a challenge is just the thing to start a day off.  Not that you look for it or anything….it just happens.  Such was the case with this photo shoot.  You see…The Secret Affair ends tomorrow (today actually if I don’t get this done in the next 30 minutes) at the stroke of midnight.  I have loved this theme without reserve and I will miss gladiatoring it up.  Or, in the case of this shot, damsel in distressing it up.  Notice that no one actually looks distressed.  I wanted to get in as many pieces from the event as possible without looking too contrived or obnoxious.  I though…hmmm….3 ladies…but how to do it without looking like all the other group pics.  In comes Darth and suddenly what I envisioned as a simple delicate shot turned into a Cecil B. DeMille production.  He was having me pull things out of my inventory…he was pulling stuff out of his…..cause if you have ever set your eyes on one of his pictures…more is definitely more.  He was dying to pull out all of his Roman statues….kept telling me he had the David statue…and there’s an empty spot over there (there was).  Know what stopped his urge to statue the pic up?  Ego.  Plain and simple.  I said the picture needed a man walking in on the women.  I swear…you could hear him going through his inventory like a madman.  This worked out well cause there was no way I was going to put on PFC’s errrr G-string thingie for men and Darth was freaking dying to do another butt shot.  Seriously.  In fact, he told me to be sure to mention that he wins the butt challenge.  He had challenged a bunch of us that blog for The Secret Affair to resurrect the butt shot…and he was the first to take it on.  Being high class professional women…we took his challenge with glee.  You can see butt posts done by Darth, Duchess, Kynne, Sorchiee and myself (did I leave anyone out?)   He says he wins not only because he has a spectacular butt, but because he flashed it twice.  Such a man ho ho ❤

Okay…from left to right (gotta start with the buns first!) 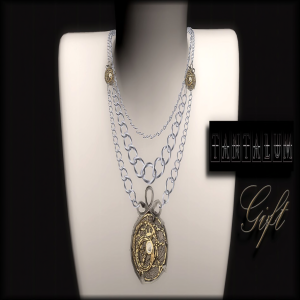 One thought on “The Spoils of War”