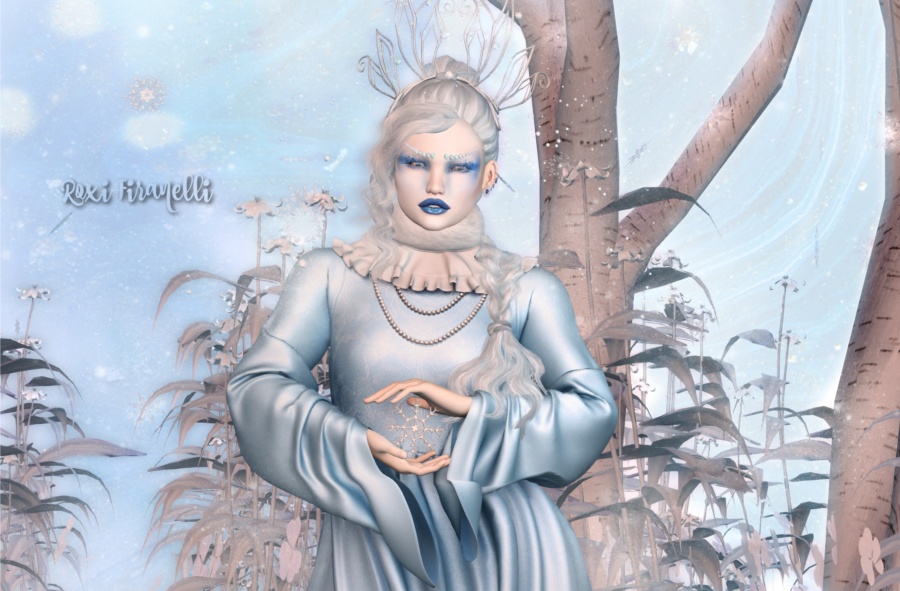 It’s finally cold down here in my part of the south…not Frozen cold (although you’d never guess that what with some peeps walking around in giant parkas and face masks looking like they’re about to rob a bank)..but still cold enough for fuzzy socks and hot chocolate.  Perhaps it will last a day or two. ❄️

Time for more chilly goodies from The Snow Queen.  If you’ve seen the vendor ad or anyone else’s picture for Sorumin’s Snow Queen dress, you’ll see that the arms are static and the hands come with it…..so make yours invisible…you’ll be walking around like this looking all mysterious and calculating ❄️

There’s lot’s of frosty makeup, skins, and accessories for this tale…here’s a close up of some that I used…ears, eyes, makeup, lashes, brows ❄️ 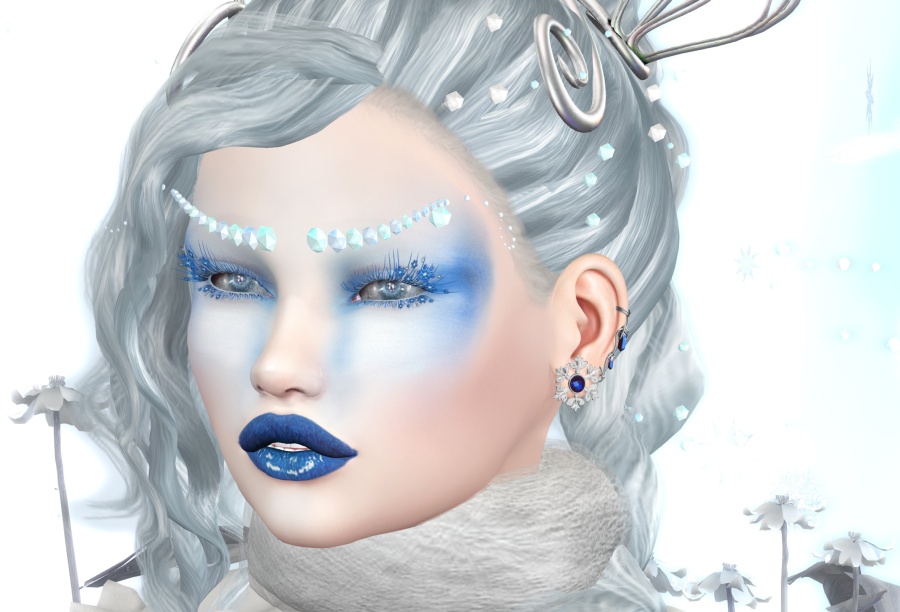